Wheels of Hope Car Show Date - Saturday, October 2, 2021 @ 10am on The Square in Downtown Garland

Singer songwriter April N. Smith is an American country recording artist born in 1980 in Longview, Texas. Her soothing voice has been compared to Patsy Cline and Martina McBride.

From an early age Smith was passionate about music and could often be found singing with her mother and sister at home or in the car. There were always impromptu performances around the Smith household. 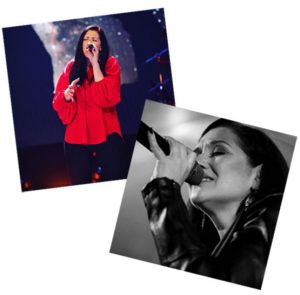 Smith’s first performance at age 6 was singing gospel music at their small-town church. Something came alive in her when she sang, and her family knew she was gifted with the talent of voice. Her grandparents got her an audition at the Gladewater Opry House when she was 12 and she began singing there every second weekend of the month as well as at local gatherings and churches throughout her teenage years.

Smith was married at a young age and children soon followed. After taking time off from music to raise her three daughters, Smith decided it was time to follow her dream of writing and singing country music. She had so many stories to tell and began putting them on paper to create songs everyone can relate to. Her down-home lyrics tear at the heart strings and will also give you strength and confidence to face life’s many challenges.

In 2020, Smith signed with Blue Heart records and in April 2020 released the lead single Enough digitally for international streaming. On May 26, 2020, Smith released 4 Shots which was her first single played on Texas radio. The single One Two Step Away was released January 22, 2021 and went to #7 on the Texas Radio Charts. Smith’s highly anticipated debut album Enough was released February 20, 2021 and her release of Staying Goodbye will be on June 3, 2021. 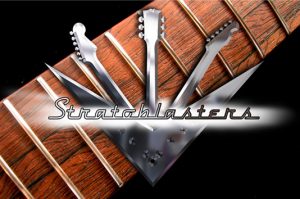 THE IDEA … a four guitar army with amazing vocals that antes up the explosive energy necessary to blast out vintage R&B, soul and any other genre of interest.  The Ultimate Guitar Army!!